I believe Silver Sonnet has been on The Thames since the 80's,gradually deteriorating.

Ive known of this boat for years, she used to be moored near Platts Eyot, Port Hampton. On the south Bank. I ever gave it much thought when she disappeared. I see though its now for sale at Henleys sales and charter.
There's a rather arty photo of her here;
https://fineartamerica.com/featured/silver-sonnet-leigh-kemp.html
C

Hi Guys - new to this forum but this is the closest thing I can find to an active fan site for Silvers. This is a long shot I know - but does anyone have any information on the Brown Owl 2 class that was/is/maybe lying on the hard on the west bank of littlehampton? I don't know much about it other than I think it was on ebay circa 2004 after having partially sunk. Obviously some one bought her but can't find diddly on the intwerwebs about her other than a few pictures of her looking boarded up and a bit rough.
T

By accident there is an image of a Silver in the foreground: 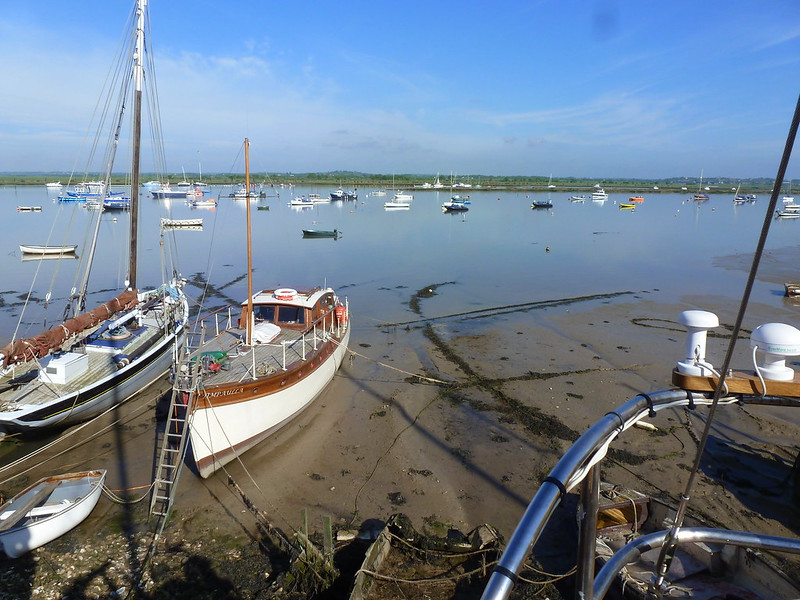 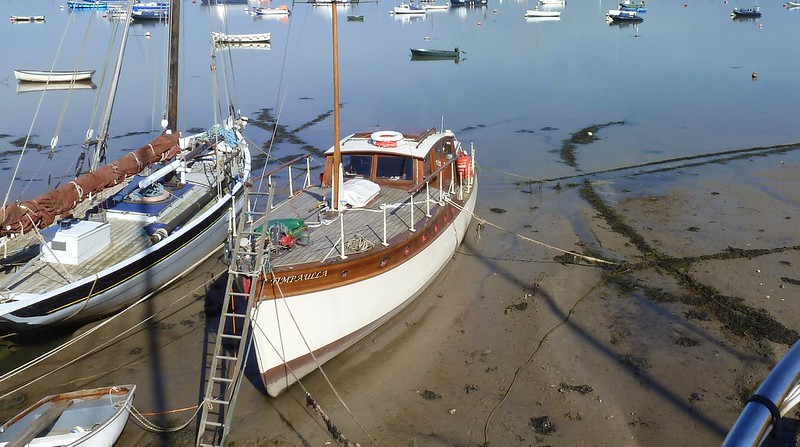 Missed this thread up until now.
My Uncle kept an Ormidalse on the Clyde and west Coast for about 30 years. It was in beautiful shape when sold a few years ago.
I think she is still going strong.

Sold for not very much, who wants an old wooden boat now.
C

Thats a lovely boat but sadly not the one I am trying to hunt don. I will TRY and find a picture of her.
C

This is the one I mean. Can't find much about her anywhere but I think it's Brown Owl 2 class. I quite fancy a hobby! 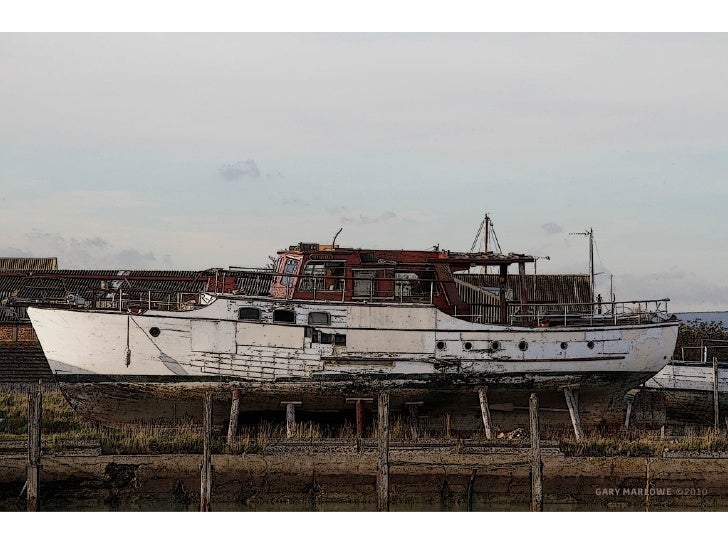 If someone could tell me how to insert a picture that would be great!
B

Clayster said:
This is the one I mean. Can't find much about her anywhere but I think it's Brown Owl 2 class. I quite fancy a hobby!

If someone could tell me how to insert a picture that would be great!
Click to expand...

Well that would certainly keep you occupied!
T

I recall that when I was 13 or 14 I read a book (from the library perhaps) about a chap who found a Silver declining in a creek (on the south coast perhaps) and renovated her, the book culminating in a Channel crossing. My memory was the book was fascinating about the Silver and her renovation. I recall she had an 'engine room', so I guess she might have been a Brown Owl. Of course I cannot remember the title or her name. If I was younger I would do the daft thing and buy her.
A

ccscott49 said:
Yes, I still have Englander, in Corfu. She is indeed a John Bain, but built in Kent, supervised by John Bain himself, choosing the logs she was sawn from and built, he died before she was finished and I am sure he would have been proud of her, as I'm sure he still would be, I have kept her immaculate. A few of the Ormidale class were also not built by silvers, but by Millers of fife, they tended to have Gardner diesels, as the majority of Silvers built boats did not, a few had Cummins (shots of Scotland) engines, plus a few different types. Englander is not an Ormidale, she is a one off motor sailer, looks a little like an ormidale, until you moor them side by side, then the differences become obvious. As we did in Corfu, with Silver Modesty (MadPads vessel)
Click to expand...

Alaskan Hi,
Welcome to the forum.
Just wondering why you reposted ccscott's post?
Let me know.
Thanks.
Mad Pad
A

Hi,
Well I am very untechy , and did not really mean to do that.
As a previous owner of Englander , I bought her from Laurie Blair, who built her on the foreshore in Kent, I was keen to find out if Colin still owned her and where she was now. A great sea boat, I sold her to a pilot who then sold her to Colin.
Hope this gets through !
M

Alaskan Hi,
Englander is still in Corfu with Colin.
You are probably in touch with him.
If not and you want to contact him send me a PM.
Best,
Mad Pad
A

Hi MP
Thanks for offer.
It would be good to get in touch with Ccscott, haven’t seen him for almost twenty years !
D

Since this thread has surfaced again.. I will add a bit about Erik's Fast Planing Tender (with the Coventry Victor 2T supercharged diesel) that I mentioned further up.
I trundled over to Cognac last week and met the prospective buyer and explained all the techy bits. The weather was wet and uninviting, so the demo on the Charente didn't happen. We just fired her up briefly in the workshop.
Sold and going to a mixed collection of classic cars in Ireland. It is likely the only one in good (excellent) condition with the original engine, out of over 500 that the RN ordered.
DW
B

bigshineybike said:
Ive known of this boat for years, she used to be moored near Platts Eyot, Port Hampton. On the south Bank. I ever gave it much thought when she disappeared. I see though its now for sale at Henleys sales and charter.
There's a rather arty photo of her here;
https://fineartamerica.com/featured/silver-sonnet-leigh-kemp.html
Click to expand...

I see she is back on the river bank mooring at Hurst park.
B

Silver Sonnet back on her old mooring.

That is a lovely picture. Thanks.
D

I'm so glad that I found this thread as every time I go looking for some info that might lead me to the latest status on my Dad's modest old 31' Silver Still, I find that either the found site isn't there any more or, as in the current quest; Silvers and the parent company have seemingly, gone bust (again).

My memory may be faulty, so please bear with me, but I think she was described as a Bermuda Ketch and she was a single screw with a Volvo Penta diesel, front and aft cabins with a central wheel house. Her only feature that I have never seen on any other Silver boat was her distinctive varnished tender that hung from white davits over the stern. We bought her in 1977-78 from Southampton (she was ignominiously tied up next to the then derelict Southampton ferries that were awaiting destruction) but she looked well maintained.

We kept her for the next twelve or so years at, what were the then new, Rank built and operated marinas on the Hamble (Mercury Marina and the other one where some lifestyle shots for "Howard's Way" were filmed) and we pootled around the Hamble, Solent, South Coats and, very occasionally, across to the Channel Islands.

I was press-ganged crew and most of my memories were of starting scraping old varnish off her each Spring, progressing in a continuous rotation around her and throwing the old brushes away in late Autumn. Our only drama was being on the edge of the 1979 Fastnet Race storm and spending all day off Poole, pitching and tossing to get about three NM without being able to turn around. Having a Coastguard helo above us, instructing us not to try to go-about for fear of capsizing and then asking if we wanted to be winched off, was the sort of excitement best enjoyed in recall in the school playground weeks later.

Can anyone advise me on how I might find out if she is still floating? I'm not looking to buy her back but she often comes up in family convos and it would be nice to know. Any advice or suggestions would be gratefully received.

Still alive and kicking! Englander is still in fine fettle, although had to replace cabin roof, rot in the underlying ply, but after 50 yeras? Not too unexpected. Once winter and repairs are over (covers are on), I'll take some piccies. my email ccscott49@fastmail.fm
You must log in or register to reply here.
Share:
Facebook Twitter Reddit Pinterest Tumblr WhatsApp Email Link